Urnabhih means a spider’s web in Hindi, a language you may need to know to get the best value from this historical fiction.I bought the Kindle edition, although a paperback is also available from Amazon India.

The spider’s web refers to a web of deceipt and intrigue that is cast across the Mauryan empire during the reign of Chandragupta Maurya (321 – 297 BCE), one of the legendary emperors who ruled much of the lands that span modern Pakistan and India. The protagonist is Misrakesi, a former danseuse-turned-femme-fatale now in the employ of the kingdom’s secret service. She saves the emperor’s life early in the book and then happens to go to Ujjaini, where the Kama Sutra is being drafted with her help. Very convenient, if you ask me.

Misrakesi then moves around the kingdom, helping to flush out all the bad eggs. She sets up a lavish home on the banks of the Ganges river as a dancing house, to act as a magnet for undesirables (to keep an eye on them). The kingdom is constantly filled with tales of fact and fiction, so that no one can be trusted and the emperor kept safe. Fake coins enter circulation. The origin appears to be the Kaikeya kingdom in Gandhara, so off they go on an adventure.

Posing as man and wife, they gain the confidence of the Queen while Pushyamitra struggles to be trusted. Once that is overcome, he sows discord in the higher echelons of Kaikeya. The rest of the story requires you to read this compelling book on your own.

The story line constantly adds new names and characters and soon I needed to draw a diagram to help remember who was who.

As a lover of the English language, I was blown away (distracted, even) by the prose and the syntax. Sumedha had me looking up words that I don’t use in speech, such as “preceptor”, “unguent”, “semal” and more. Of course, novels don’t need to use everyday language. She weaves amazing detail into every scene – there aren’t just birds flying: they are parrots, fork-tailed shrikes and brahminy starlings. The love-making descriptions will remind you of your own intimate moments with a lover.

Here is a sample of her writing style.

Indians will get the best value from this book. as many references in it are in Hindi and its ancestral relations. I haven’t used that language for some 43+ years, so I had to Google some of the words, such as “uttariya” and “antariya”. Several of these have been explained with footnotes, e.g. a “havishyan” is a sacrificial offering to the yagna — of course you need to know that a yagna is a sacred fire. Using familiar Hindi words such as “Prithvi” when English equivalents, e.g. “Earth” are available seems to be part of transporting the reader to ancient Pataliputra (present-day Patna). This is something that Sumedha has done with great finesse.

Sumedha explained her writing style to me and this makes perfect sense:

“I am forced to write in English because of my education in that medium but want to use it in an Indic language rather than a foreign one; the attempt is to Sanskritse it. I want to be a direct interlocutor between Sanskrit and Prakrit works and modern English and there are some terms which are not translatable.”

Then I wondered if the “Gupt Achar Vibhag” was the “Hidden Pickle Division”, but that’s the naughty streak in me. 🙂

A thoroughly enjoyable read that will be hard to put down until the last page. Click the book image at the top to find it on Amazon.

The story started ten years ago when Sumedha Verma Ojha took a sabbatical from her job as an Additional Commissioner of Income Tax (in India) to research and write a book based on the Arthashastra of Chanakya set in the Mauryan period. The result was her first book, Urnabhih, with its protagonist, Misrakesi, a spy in the pay of Chanakya working to further the interests of the Mauryan Empire. The plot hinges on the establishment of Mauryan rule in what are now the countries of India , Pakistan, Bangladesh and Nepal. The book is slowly expanding into a series on the Mauryan Empire and its successors, the Shunga and the Satvahana empires.

Book 2, dealing with the fight between Chandragupta and Seleucus and the extension of the empire into Afghanistan will be out next year and further books in the series about the end of the Mauryans are in the concept stage.

A spin-off series on historical detective fiction is also in the making set in the same milieu and with the same characters.

Sumedha also works in the area of writing, translating and explaining the epics, a Valmiki Ramayan in English will be published by Roli Books in September along with the Rana Jagat Singh Ramayana miniatures of the 17th century.

Bringing ancient Sanskrit and Prakrit texts and stories to the modern reader in English is another focus of her writing. As is a gendered analysis of ancient Indian society, polity, culture and literature. A book on biographies of iconic women of ancient India is also being written.

She lives in Switzerland with her husband in a little village near Geneva.

Feel free to share...FacebookTwitterRedditStumbleUponLinkedinemailYesterday I bought the Yaesu-Musen FT2DR (which is the shortened name of the FT-2DR/DE) here in Melbourne from Strictly Ham. These days there are hundreds of repeaters that you need to input into a transceiver and each entry has numerous fields. Feel free to share...FacebookTwitterRedditStumbleUponLinkedinemail 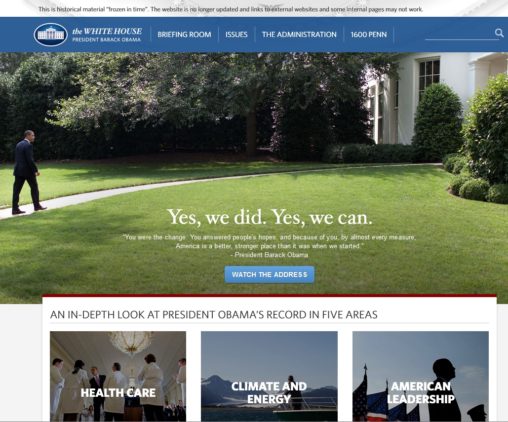 Feel free to share...FacebookTwitterRedditStumbleUponLinkedinemailAfter Mr Donald Trump became the president at noon today (USA EST), many reported that the whitehouse.gov website removed references to Climate Change and LGBT. That isn’t entirely accurate. The website up to that point has been archived and can be found at https://obamawhitehouse.archives.gov/. The LGBT URL was https://www.whitehouse.gov/lgbt but it redirects […]