Democratisation of the Web or Copyright?

Two news stories a world apart remind me that doing something quickly and cheaply is not always appreciated, at least by some vested interests.

The first story is about the first CIO of the United States. Indian-born, but raised in Tanzania and the US, Vivek Kundra. Apparently this wunderkind has impressed Barack Obama enough to create this position, where he will be tasked with lowering the cost of government operations through the use of technology.

To quote the linked article:

In just 19 months with the District, Mr. Kundra has moved to post city contracts on YouTube and to make Twitter use common in his office and others. He hopes to allow drivers to pay parking tickets or renew their driver’s licenses on Facebook.

An earlier article in the Washington Post mentions his time as CTO of the District of Columbia where he questioned a $39,000 price tag to reassign the IP addresses of a network.

“Why would that take $40,000?” he snapped. “This project seems like a sham right now. We need to take the happiness level down for this one.”

The “happiness level,” a measure of a project’s success, is just one of the tools Kundra, 34, has developed in his quest to improve the way the District’s 86 agencies use technology. In the 18 months since joining Mayor Adrian M. Fenty’s administration, Kundra has gotten attention for taking an unconventional approach to government, which is not typically first to adopt the latest computing trends.

Kundra has introduced popular consumer tools to bureaucratic processes, runs his office like a tech start-up and works by the mantra that citizens are “co-creators rather than subjects.”

The bidding process for city contracts is posted on YouTube, for example, and his employees use versions of Wikipedia and Twitter in the office. He wants to let drivers pay parking tickets and renew driver’s licenses on Facebook.

In October, he launched a contest called “Apps for Democracy” to encourage developers to create applications for the Web and cellphones to give District residents access to city data such as crime reports and pothole repair schedules.

Comments left by readers are polarised. Some love his approach; one wrote bitterly:

1. It costs money to bid the project- This means Bid and Proposal work needs to be performed. Contracts people, legal, and all of these things contribute to contract costs.

2. Contractors cost money. I don’t work for wages as a citizen of Pakistan or India. I reside in Northern virginia and the cost of living is just a bit more than that hut in a major city in India or Pakistan.

There’s nothing in the articles to suggest he outsourced anything to offshore workers, but I like his approach. I don’t believe he is replacing stodgy computer systems entirely with Facebook applications written by contest winners – he is simply adding a way for people to use familiar technology. 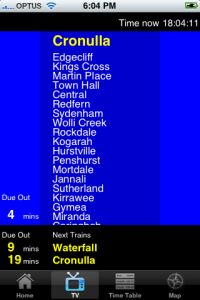 That story takes me to the second incident closer to home. Asher Moses reported that a Sydney programmer is being threatened with legal action by NSW authority RailCorp for selling Transit Sydney, an iPhone app that he sells for AU$2.49. It enables users to get the publlished suburban train timetables on their iPhones.

The programmer, Alvin Singh, is quoted as suggesting that RailCorp is in the “planning stages” of getting their own iPhone application on the market, but he doesn’t think a government body could do this “any time soon”.

There is also the matter of copyright of the timetable compilations, as this application merely repurposes that static information, not up-to-date situational facts such as cancellations and delayed schedules. Fair enough — a commuter would rather have the latest data.

Both incidents remind me of an ever-present struggle between entrepreneurs who want to “knock up” something and use it and the traditionalists who want things done the “right way”. My guess is that RailCorp would take at least three people and about $50,000 to create that application — a business analyst, a developer and a tester, whereas Mr Singh probably knocked it up in a weekend.

Should three jobs be at risk because a citizen took the initiative and launched a rather basic app? I hope not, but I wish RailCorp simply released their application rather than pursue Mr Singh. Commuters can decide which one they’d rather use.

Similarly, US citizens are justified in wondering if government projects will be offshored to save money at the cost of local jobs. OTOH, US taxpayers would rather see their contributions spent frugally and wisely. There are no clear-cut answers here. 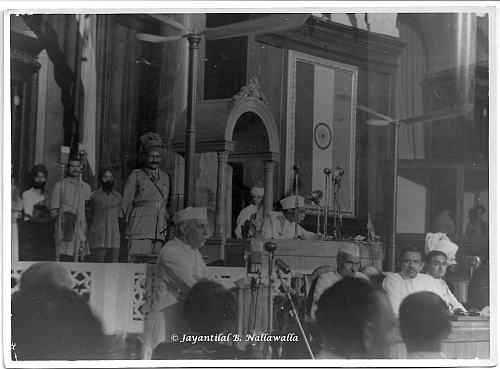 Feel free to share...FacebookTwitterRedditStumbleUponLinkedinemailMy uncle, Jayantilal B. Nallawalla was commissioned by Lord Mountbatten to be his private photographer a few months before and during the Indian independence day (“Transfer of Power”) ceremonies. For the first time, his photos are being released online. As a teenager, I was privileged to communicate with Lord Mountbatten for several […]

Feel free to share...FacebookTwitterRedditStumbleUponLinkedinemailWhile checking out the TrainSEM website, which runs aMember software, I got a PHP error instead of the usual page: Fatal error: Out of memory (allocated 28311552) (tried to allocate 40961 bytes) in /home/trainsem/public_html/amember/library/Am/abc.php on line 343 Feel free to share...FacebookTwitterRedditStumbleUponLinkedinemail